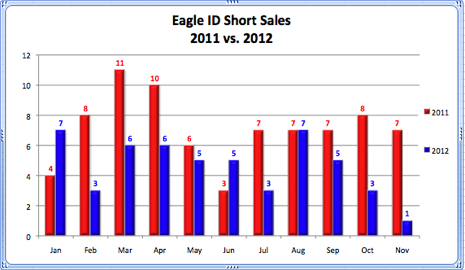 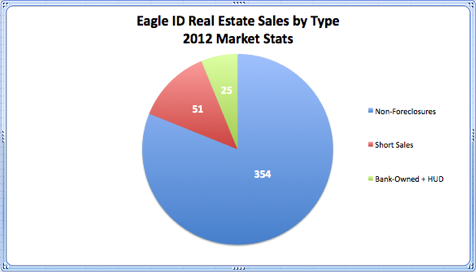 The number of Eagle Idaho short sales stayed fairly consistent through the first half of 2012, generally averaging around 5-6 short sales per month, with a few fluctuations.  This is much lower than the average number of short sales in Eagle ID during the same time period in 2010 and 2011. 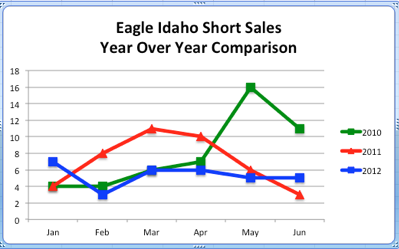 During this same time period the number of bank-owned and HUD properties sold each month have been decreasing while, at the same time, total sales have been increasing.  As depicted below, Eagle Idaho short sales in June were 28.5% lower than January, and bank-owned and HUD properties sold in June were 66.7% lower.  However, total sales were 133% higher in June over January. 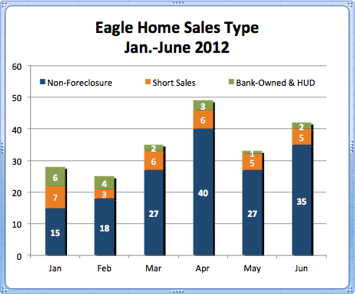 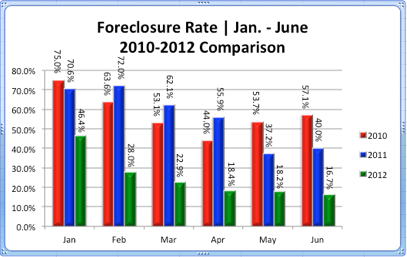