The number of Eagle short sales has stayed pretty consistent over the year, but October tied for the smallest number in 2012 with 3.  February and July also had 3.  But, overall, this year there were fewer short sales than in years past.  October, for instance, saw more than a 50% drop this year from the previous year. 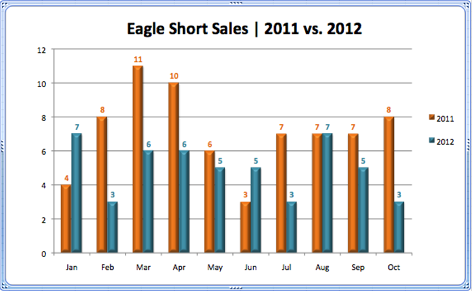 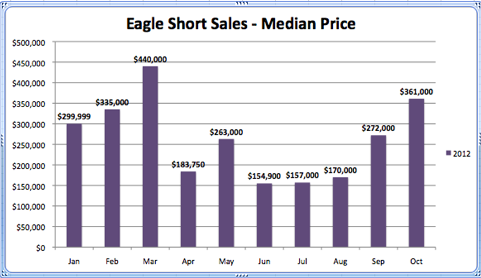 While Eagle short sales were down, overall, Eagle real estate did well this past month.  October started off Q4 strong with 52 home sales, which is the second highest number this year.  As you can see in the graph below, August was the only month where more homes sold.  The last time we saw more than 50 homes sold in one month was in May 2010. 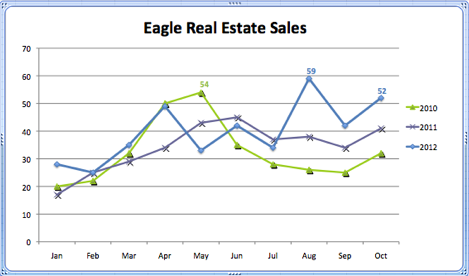