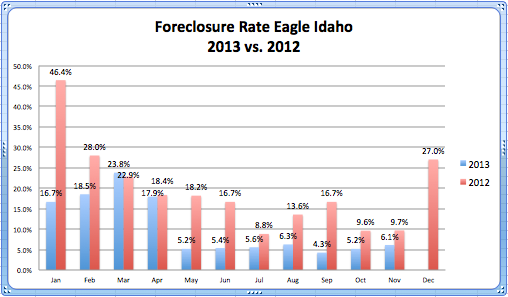 As you can see in the graph below in comparison to traditional home sales in Eagle, short sales and bank owned properties are very low. For example, in July of this year, there were 68 traditional real estate sales and only 2 short sales and zero bank owned/ HUD property sales. Not only were there zero bank-owned properties in July, but there has only been 1 sold since. Short sales have also been historically low this year, with only 28 sold for the entire year. When combining the short sales with bank-owned/ HUD, only 9.9% of real estate sales have been foreclosures this year. Traditional home sales are higher this year than they were in 2012. In November 46 non-foreclosures sold in comparison to 28 in 2013. These are all factors to a market that’s re-gained its health in 2013. 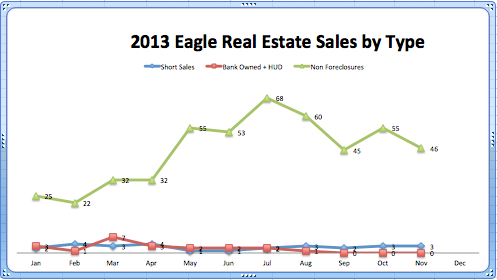