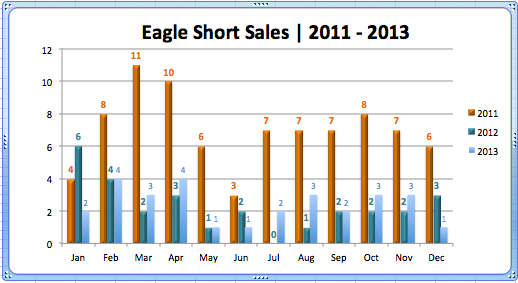 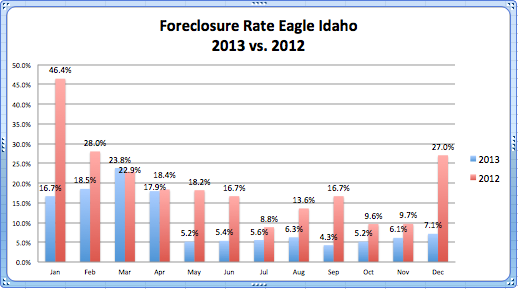 The graph below gives us a snap shot of all home sales separated by type in 2013. In December there were 2 bank owned sales, along with the one short sale we previously discussed. That number only varied slightly through the year in comparison to the traditional home sale number. In December, 93% of sales were traditional, 2% were short sales, and 5% were bank owned. 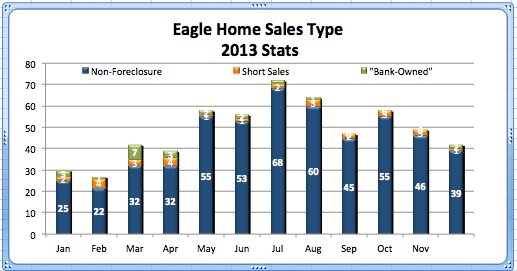