The foreclosure rate in Eagle has stayed below 12% this year, however in February it hit a historical low of 0% of all real estate sales, and in May of 2014 it hit another low of 3.8%. You can see from the graph below that last May the foreclosure rate was only a couple percentage points higher, yet it was 14% higher in 2012. The foreclosure rate is the lowest in Eagle among all Ada County cities, nonetheless we’ve seen a decline everywhere in the county.

The foreclosure rate has dropped 42% since the beginning of 2012, reflecting the continued health of the market and economy. 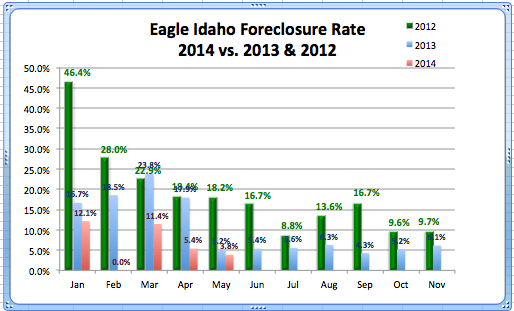 These consistencies and slight increases really reflect a stable market that has recovered from massive foreclosure rates throughout the country. 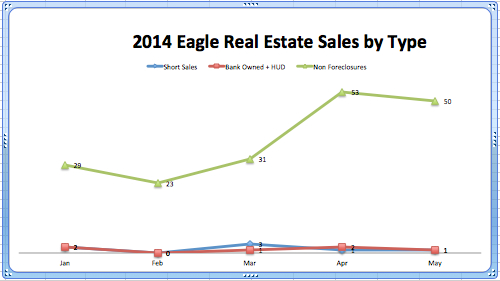 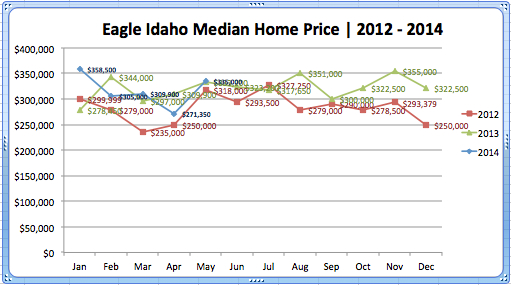 Along with a very similar median home sales price (so far this year compared to 2013) and low short sale numbers- reflecting last years data, new construction sales are pretty close as well. In May of 2014 there were 17 new home sales and last May in ’13 there were 18. 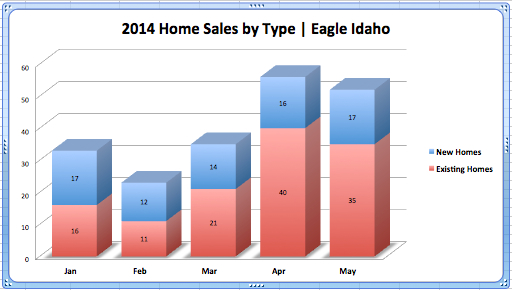